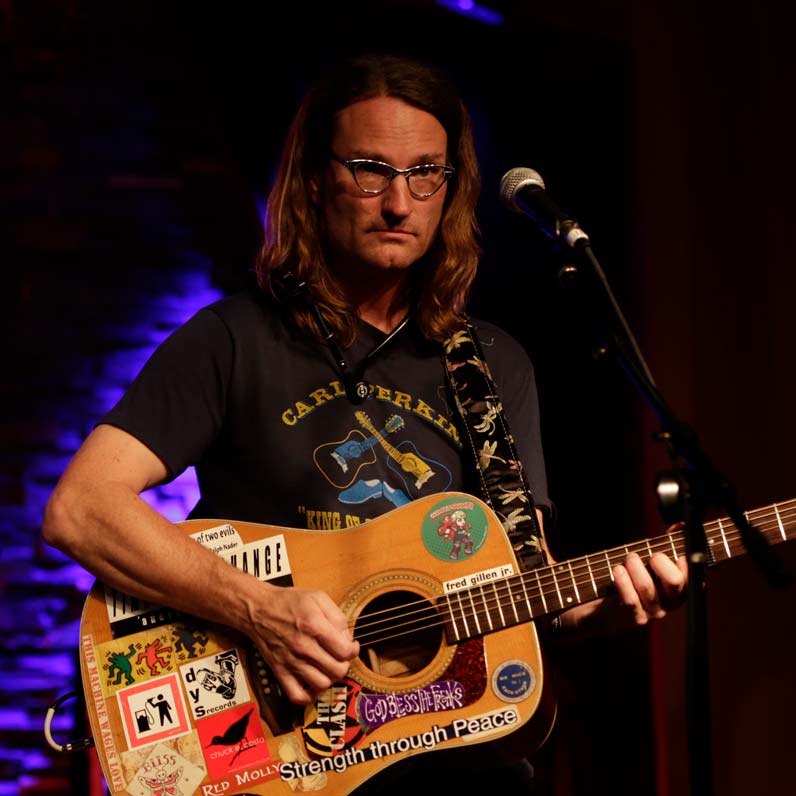 NYFA (New York Foundation For The Arts) grant recipient Fred Gillen Jr has released eleven full-length albums, to great critical acclaim. He has performed all over the U.S. and Europe as a solo artist. From 2017 to 2019 he was music director of the Group The Greenheart, traveling to Nepal four times and India once, performing concerts to raise awareness of environmental activism. His songs have been featured on ABC’s “All My Children,” NPR’s “Car Talk,” CMJ’s New Music Marathon Sampler, and in 2012 his version of Woody Guthrie’s “I Ain’t Got No Home” was featured on “Pete Remembers Woody,” a collection of Pete Seeger’s spoken stories about Woody Guthrie. interspersed with various artists’ renditions of Guthrie’s songs. Like Seeger and Guthrie, Gillen’s lyrics often reflect both the hope and despair of the human condition, while his music illustrates the diversity of influences in the air when he was growing up in the 1970’s. His live performances are spontaneous and full of storytelling, and he enjoys audience participation. During the Covid Pandemic while on performing hiatus he has written and recorded 4 e.p.’s of new songs.