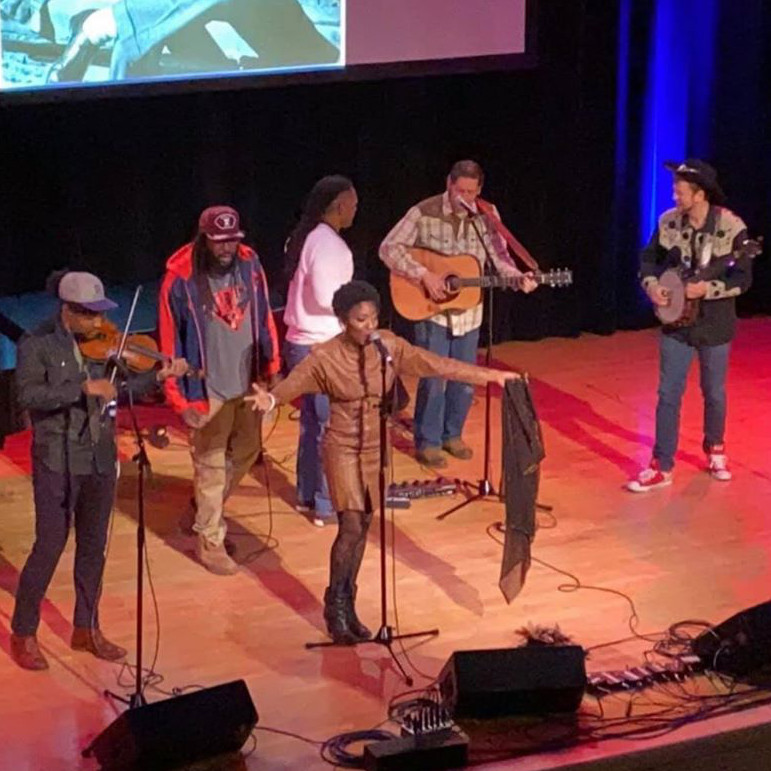 R-SON the Voice of Reason: vocals

“There are a lot more people out there with Jay-Z and Johnny Cash on their playlists than you think,” says Rench, who had previously made a name for himself as an in-demand Brooklyn country and hip-hop producer and singer/songwriter. He should know – he’s toured the country with a band of bluegrass pickers and hip-hop emcees to the delight of standing room crowds everywhere.

Making beats for local NYC rappers and hosting country music nights in popular NYC venues, Rench had a musical itch that needed to be scratched – he was listening to the 1970s recordings of Ralph Stanley and the Clinch Mountain Boys and couldn’t help imagining what classic bluegrass would sound like with rap vocals and beats. The result was a genre-demolishing blitz called Rench Presents: Gangstagrass.

Learn more about Gangstagrass at gangstagrass.com.

Branjae is the birth child of Classic Soul, Funk and R&B. With a culmination of lyrical depths, energetic theatrical performances and genre fluidity, her storytelling style comes as unique as the personas she embodies. Branjae’s fearless and energetic showcase, encourages elevated consciousness by connecting with her audiences for the soul purpose of creating unity and harmony.