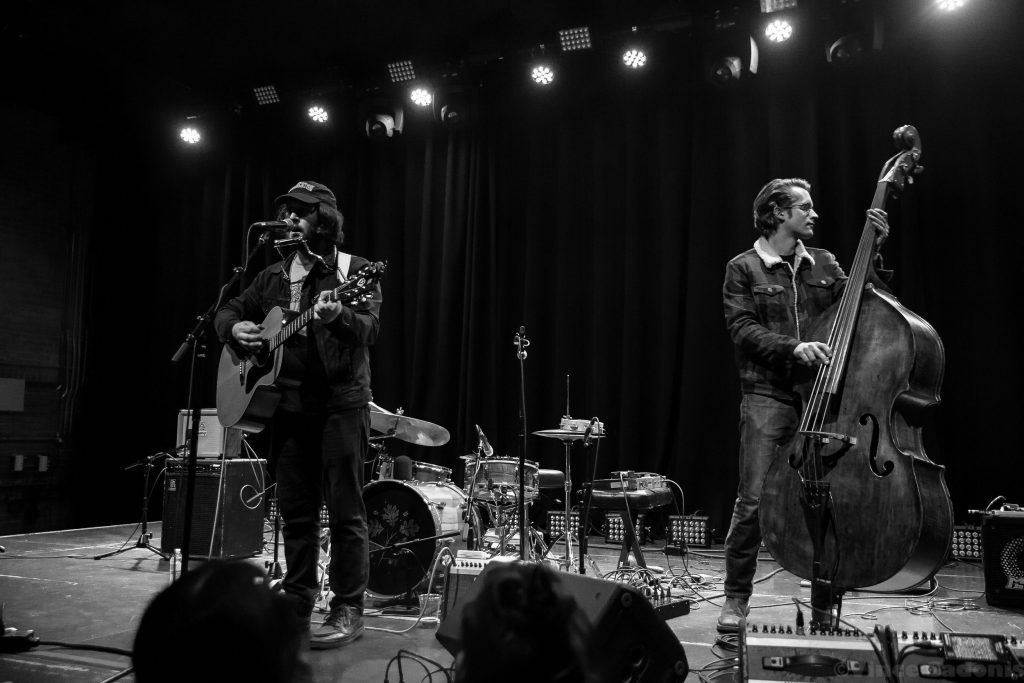 Jackson Pines is a band of best friends from the Pine Barrens of New Jersey, a curiously dense and empty forest in the U.S.’s most densely populated state. Joe Makoviecki and James Black grew up playing in local bands in their hometown and eventually started writing music together, traveling around the country and eventually the U.K. playing original and traditional folk music. Known for their fingerpicking guitar and stand-up bass rhythms, Jackson Pines weaves their songs with threads of stories from people they know, places they’ve been, and pains and joys they’ve experienced. They have been steadily touring America for the last nine years, singing with Pete Seeger and opening for bands like The Felice Brothers and Margo Price. Their first album “Purgatory Road” was produced by Simone Felice (The Lumineers, Jade Bird) and their new song “Anna Lee” came out March 12th, 2021.. Billboard magazine has said, “…like a mash-up of James Taylor and Tom Petty — with serious focus on acoustic guitar […] Jackson Pines already have a collection of music that presents a unique lyrical take on life, bringing a rustic flair to the world of indie-folk/acoustic music […] they’ve only just begun.”