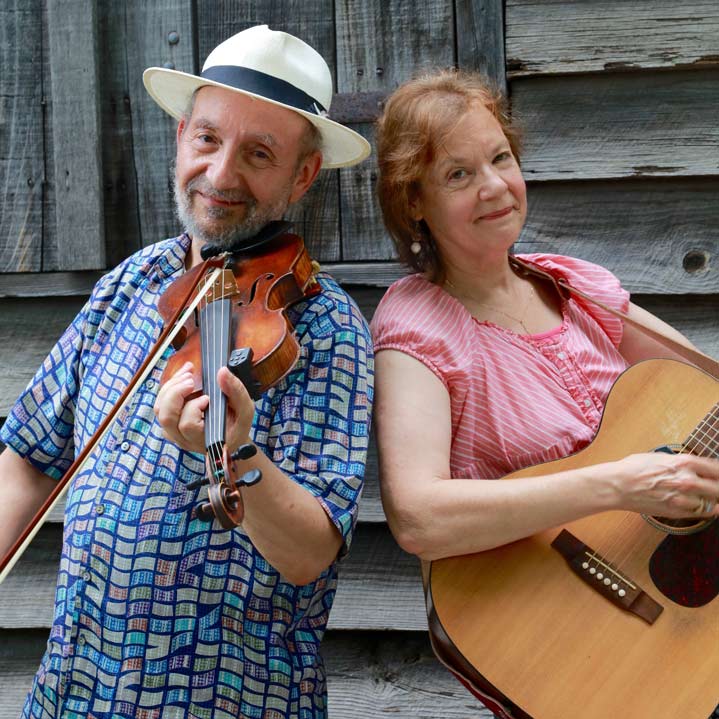 Jay Ungar & Molly Mason are masters of music and storytelling who generously share their lives and their music with audiences. There are so many moments and strands to savor in the course of an evening of their music.

Jay’s fiddling is brimming with playfulness, drama, soulfulness and technical verve, as he explores the many musical styles and idioms that he has internalized and made his own. Molly’s total mastery and inventiveness on piano and guitar is always spot-on, as she supports the tunes and follows the flow of the melody. Her rich and expressive vocals along with the resonant strains of Jay’s violin, reveal the deep emotions that flow in the duos veins.

Millions were entranced by the music they did for Ken Burns’ PBS documentary The Civil War. Their performance of the series’ signature tune, Jay’s haunting composition, Ashokan Farewell, earned the couple international acclaim. The soundtrack won a Grammy and Ashokan Farewell was nominated for an Emmy.

This simple, but powerful melody was originally inspired by the week-long Ashokan Music & Dance Camps that Jay & Molly run for adults and families at The Ashokan Center in the Catskill Mountains. People attend the camps to become better fiddlers, guitarists, mandolin players, percussionists, dancers, dance callers and instructors—and in doing so they become links in the chain that helps pass our folk heritage from the people who came before us, to those who will follow.