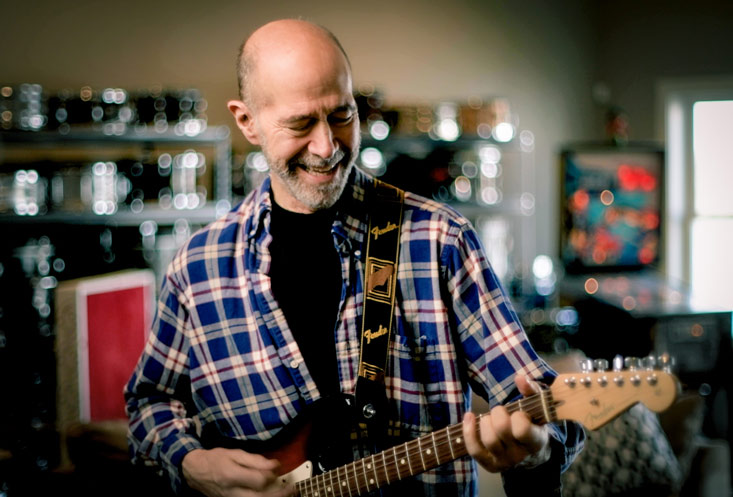 John Hall was studying piano at 5, playing French horn, guitar bass and drums by 12. He started playing in the clubs of Georgetown and Greenwich Village by 18, recording an album for MGM and then another for Columbia. At 21 he wrote and directed music for a Broadway and Off-Broadway play, the latter off which received the Village Voice’s Obie award in 1969.

Numerous NY sessions and club gigs gave way to working with producer John Simon on numerous projects including Seals and Crofts’ album Down Home. Next came a tour with Taj Mahal and double live album recorded at Fillmore East and West. Woodstock promoter Michael Lang asked John to play guitar on the folk legend Karen Dalton’s record In My Own Time, and then to tour with her in Europe. When he came home to Woodstock, John started the band that would become Orleans in January 1972.

Joining Hall in Woodstock NY were drummer Wells Kelly and mult-instrumentalist Larry Hoppen. They were joined that summer by Larry’s brother Lance Hoppen. That quartet recorded the first four albums, two for ABC and 2 for Asylum Records. The latter contained the Hall-written hits Dance With Me and Still The One, songs that have garnered 9 million terrestrial airplays and hundreds of millions of streams.

John has also co-written songs for Janis Joplin, Millie Jackson, Ricky Skaggs, Bonnie Raitt, The Tymes, Chaka Khan, Chet Atkins, and Steve Wariner among others. He co-founded the group Musicians United for Safe Energy (MUSE) and helped organize the 1979 No Nukes concerts at Madison Square Garden. His song Power was its anthem, performed and recorded there by the Doobie Brothers with James Taylor, Bonnie Raitt, Jackson Browne, Graham Nash, Carly Simon, Nicolette Larson, Phoebe Snow, and many more. That song was also sung by Holly Near, Peter Paul and Mary, Pete Seeger and others.

In the 1990s the John Hall Band was signed to EMI-America Records and recorded two LPs: Search Party and All Of The Above, which contained the AOR and MTV staple Crazy (Keep On Fallin’).

Hall served on the board of the Hudson River Sloop Clearwater in 2004 and 2005. In 2006 John was elected to the US House of Representatives representing NY-19; he was re-elected in 2008. He chaired the Subcommittee on Veterans’ Disabilities and authored the Veterans’ Claims Modernization Act of 2008, which passed both House and Senate unanimously and was signed into law by President George W. Bush who called it “good government.” He also served on the Select Committee on Energy Independence and Global Warming.

Since returning to private life in 2011, he continues to perform and record with Orleans, John has also written and recorded songs for his new album “Reclaiming My Time” to be released this spring.