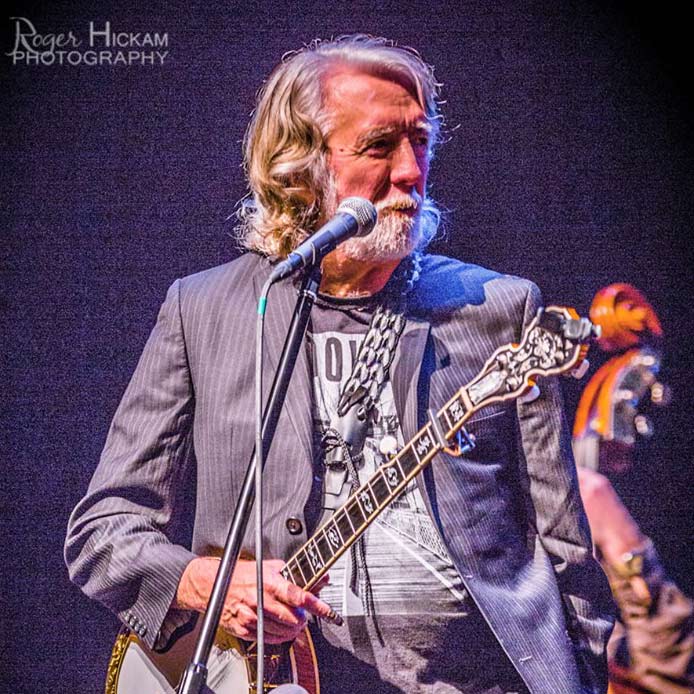 As founding member of the Nitty  Gritty Dirt Band, he  took part in the recording of the recording of the triple album, Will the Circle Be Unbroken (1972), that featured guest appearances by country musicians Earl Scruggs, Roy Acuff, Merle Travis, and Maybelle Carter, Doc Watson, Vassar Clements, Jimmy Martin, and Bashful Brother Oswald. The album received critical and popular praise, was certified gold, later platinum. It is in the Grammy Hall of Fame and the Library of Congress. In 1977, they toured the former Soviet Union, the first American band to do so, In 1986, after twenty years with the Dirt Band, McEuen departed to pursue a solo career. From 1991–1997, he released four albums for Vanguard Records. He composed music for movies and television and he appeared as a guest on albums with several artists including 5 albums with Michael Martin Murphey. He then returned to the Dirt Band in 2001. John departed the band once again in late 2017.

Read more on his web site.