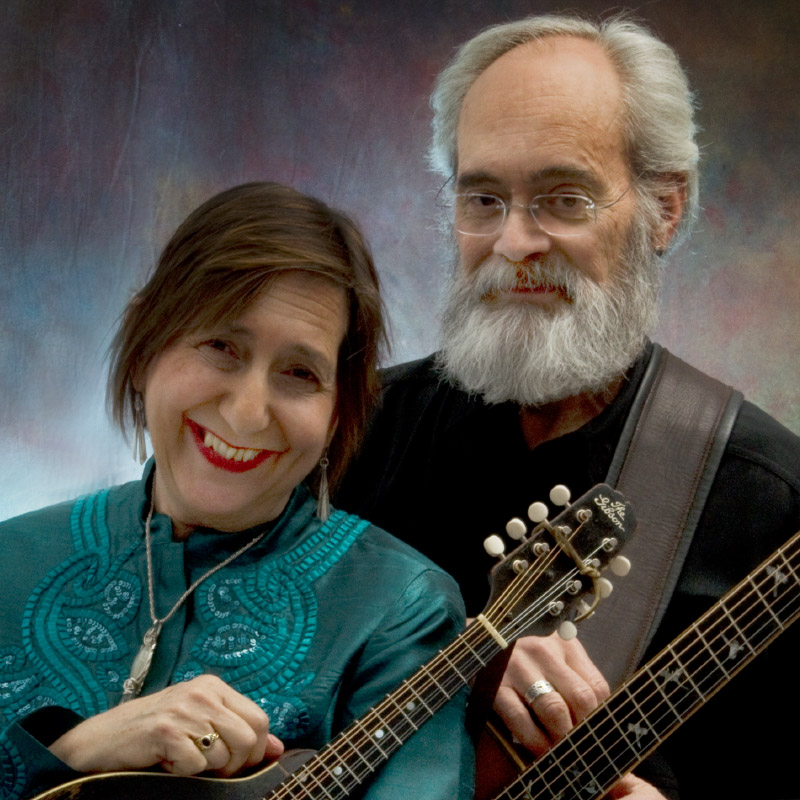 Since 1973, Terry Leonino & Greg Artzner, MAGPIE, have entertained, uplifted and inspired audiences around the world with their music, with their amazing versatility, powerful voices in harmony, and their provocative, captivating and moving songs, many of their own composition, on guitars, harmonica, mandolin, and dulcimer. They have performed on stages from major folk festivals, to intimate folk club and small concert settings, to school auditoriums and classrooms, to demonstrations, rallies, picket lines, and other venues too numerous to mention. They have toured the length and breadth of North America and internationally, including numerous tours of England & Scotland. They have many recordings to their credit, including collections and song cycles on special themes and tracks on notable anthologies including songs of Civil Rights, and tributes to Phil Ochs, Utah Phillips and Pete Seeger. Greg & Terry are also actors and playwrights, scholars of the life and legacy of abolitionist John Brown and his wife Mary, whom they have portrayed in their own stage play since 2000, and the many people associated with his revolutionary fight to end slavery in America. They have been educators and activists, never passing an opportunity to lend their voices and instruments to the causes of peace, liberation, justice and responsibility for the earth.