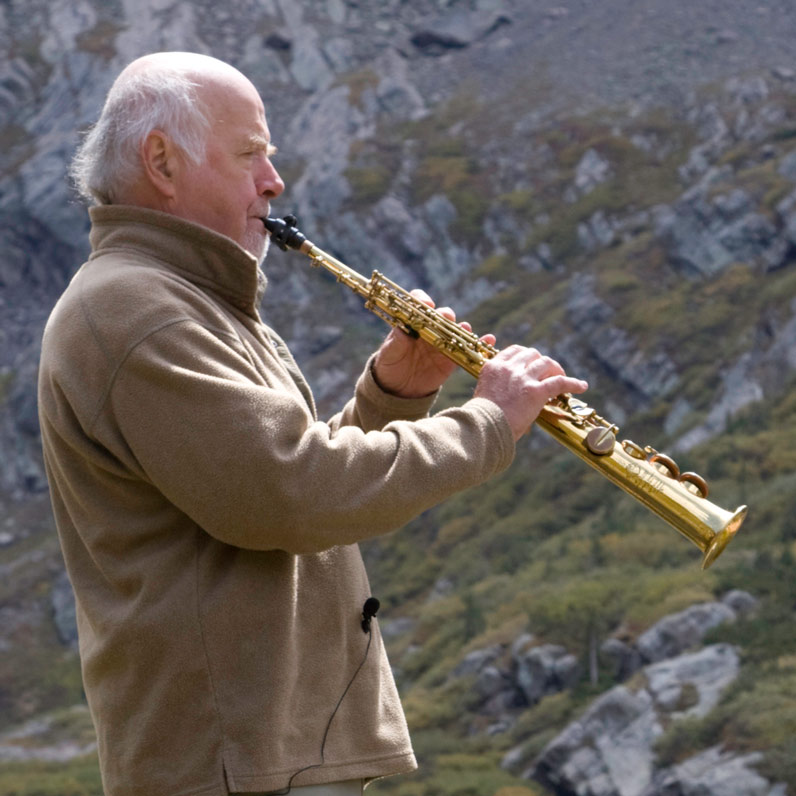 
Paul Winter’s musical odyssey has long embraced the traditions of the world’s cultures, as well as the wildlife voices of what he refers to as “the greater symphony of the Earth.” From the early days of his college jazz sextet, which toured 23 countries of Latin America for the State Department and performed the first-ever jazz concert at the White House for the Kennedys in 1962, to his later ensemble, the Paul Winter Consort, his concert tours and recording expeditions have taken him to 52 countries and to wilderness areas on six continents, where he has traveled on rafts, dog sleds, mules, kayaks, tug-boats and Land Rovers.

He has recorded over 50 albums, of which seven have been honored with Grammy® Awards. The voices of the world of nature have long been part of his musical community. Over the years, he and his colleagues have evolved a unique genre of “Earth Music,” celebrating the creatures and cultures of the Earth.