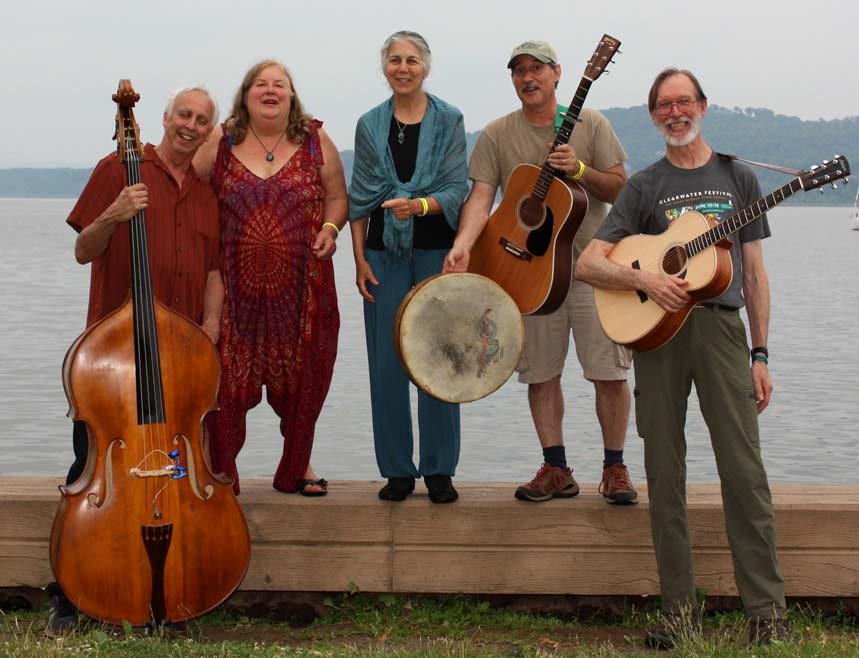 The Boomers have been singing about the Hudson since debuting at Revival 1987. Four-part harmonies and sparkling guitar and Dobro highlight a repertoire ranging from originals covered by Pete Seeger to gems gathered while singing from the Catskills to Connemara.

When Betty Boomer, Jean Valla McAvoy, Paul Rubeo, and Steve Stanne began singing together more than 30 years ago, the name made sense—a play on Betty’s name and the fact that all are children of the baby boom. Bassist Robert Bard fit right in demographically when he joined later on. If they’ve had second thoughts, it’s too late to change now. “Betty and the Baby Boomers” appears on the covers of the band’s five CDs, and the name is known to folk music fans from the mountains of Connemara in Ireland to the Catskills overlooking New York’s Hudson Valley, their home base.