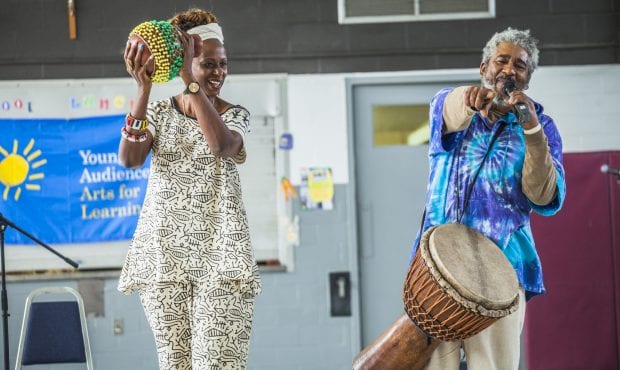 Dr. Linda Hazel Humes is currently an Adjunct Assistant Professor in the Africana Studies Department at John Jay College in New York City. Her area of research is African American storytelling and culturally responsive education. She is proud to be the 2018 chair for the National Association of Black Storytellers Association education committee.

Dr. Humes is the founder of Yaffa Cultural Arts Inc. The Honorable Robert Jackson presented Yaffa with a 2007 Citation for Excellence in Arts and Education, from the New York City Council.

Dr. Humes is a storyteller and folklorist who performs and conducts workshops nationally and internationally. She started her storytelling career in 1989, through the mentor ship of Dr. Emeritus Mary Umolo Sanders at Medgar Evers College. Her CD, Kwanzaa- A Time to Celebrate received the 1999 Silver Parents Choice Award. Her latest CD, On the Shoulders of Our Ancestors is meeting rave reviews.

Over the years, Sanga Of The Valley also worked with artists such as Carlos Santana, Nina Simone, The Grateful Dead, the Neville Brothers, and Stanley Jordan.