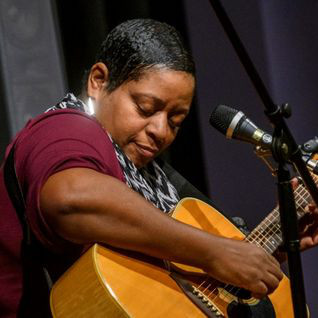 Thomasina Winslow is a top level Blues Artist from New York and has been traveling extensively in the US and abroad. Her international performances have brought her around the globe to such places as Denmark, England, Germany, and even as far as Australia. She has performed at the award winning Caffe Lena in her home state of New York and countless number of concert halls, studios, cafes, festivals, and schools where she combines her experience as an educator with the cultural ambassadorship that she brings to young people. She has been a steady performer for nearly a decade at the Clearwater Great Hudson River Revival as both solo artist and as music director and guest artist with Margo ThunderBird and the Thunderin’ Herd. She has been a performer at the Clearwater festival since 2009.

Read more at her web site.