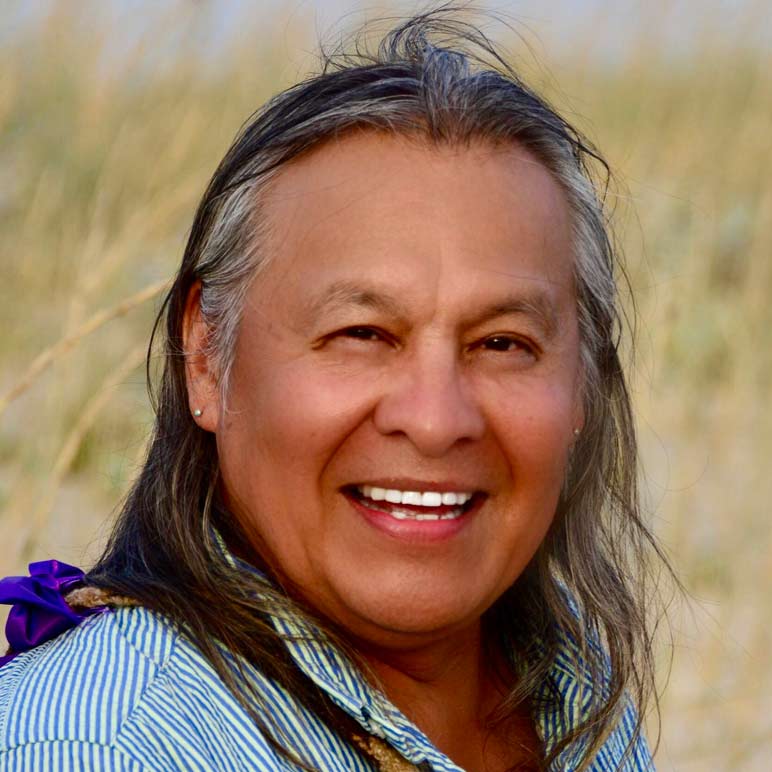 TIOKASIN GHOSTHORSE is a member of the Cheyenne River Lakota Nation of South Dakota and has a long history with Indigenous activism and advocacy. Tiokasin is the Founder, Host and Executive Producer of “First Voices Radio” (formerly “First Voices Indigenous Radio”) for the last 28 years in New York City and Seattle/Olympia, Washington. In 2016, he received a Nomination for the Nobel Peace Prize from the International Institute of Peace Studies and Global Philosophy. Other recent recognitions include: Native Arts and Cultures Foundation National Fellowship in Music (2016), National Endowment for the Arts National Heritage Fellowship Nominee (2017), Indigenous Music Award Nominee for Best Instrumental Album (2019) and National Native American Hall of Fame Nominee (2018, 2019). He also was recently nominated for “Nominee for the 2020 Americans for the Arts Johnson Fellowship for Artists Transforming Communities”. He was also awarded New York City’s Peacemaker of the Year in 2013. Tiokasin is a “perfectly flawed human being.”