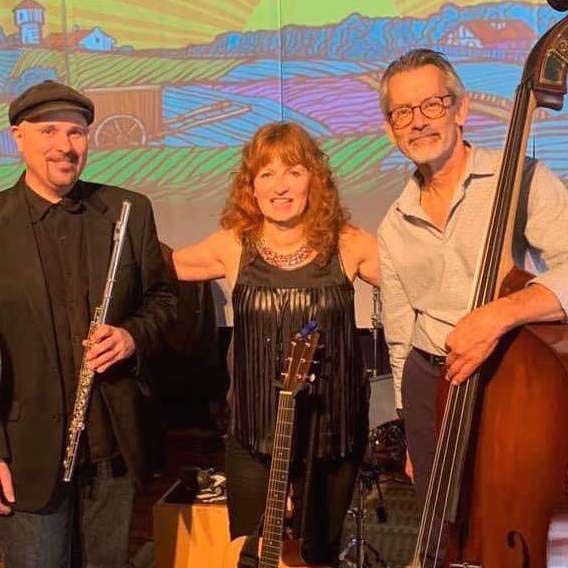 Judith Tulloch Band-A blend of pop, jazz, & world music. With vocals, guitar, flute, bass, & percussion. The group performs at all types of venues ranging from concert halls and festivals to small clubs, cafes, restaurants, art galleries, cultural events, wedding ceremonies, and special benefits for those in need. Music that has been described as world-pop-fusion with a jazzy edge. www.judithtulloch.com Judith Tulloch was born in Manhattan and raised in Brooklyn N.Y. It was there as a child that she discovered her passion for music. Rooted in Jazz, classical, and rock styles, she began to pursue her musical dreams of being a songwriter and performer. Through her travels she had the opportunity to see and perform in many different places, from New Orleans, to Seattle, the Galapagos Islands, Ecuador, South East Asia, Iceland, Europe and Africa. Now living in the Hudson Valley of New York, Judith performs with her band in the tri-state area, and is currently a music teacher in Orange County. Stephen Franchino has been a musician most of his life. He began guitar lessons at a early age, and quickly moved to the bass. Being influenced by jazz, world music, and progressive rock, has sent him down a path of collaborating within many different styles and genres. In 1998 he became interested in woodwind instruments from around the world, and has been performing primarily on the flute ever since. Tom Richardson has performed and collaborated as a bassist with numerous Hudson Valley musicians. In this role, he has had the opportunity to experience diverse musical genres and ensembles. He is also a professional music educator who feels fortunate to pursue his passion and call it work.